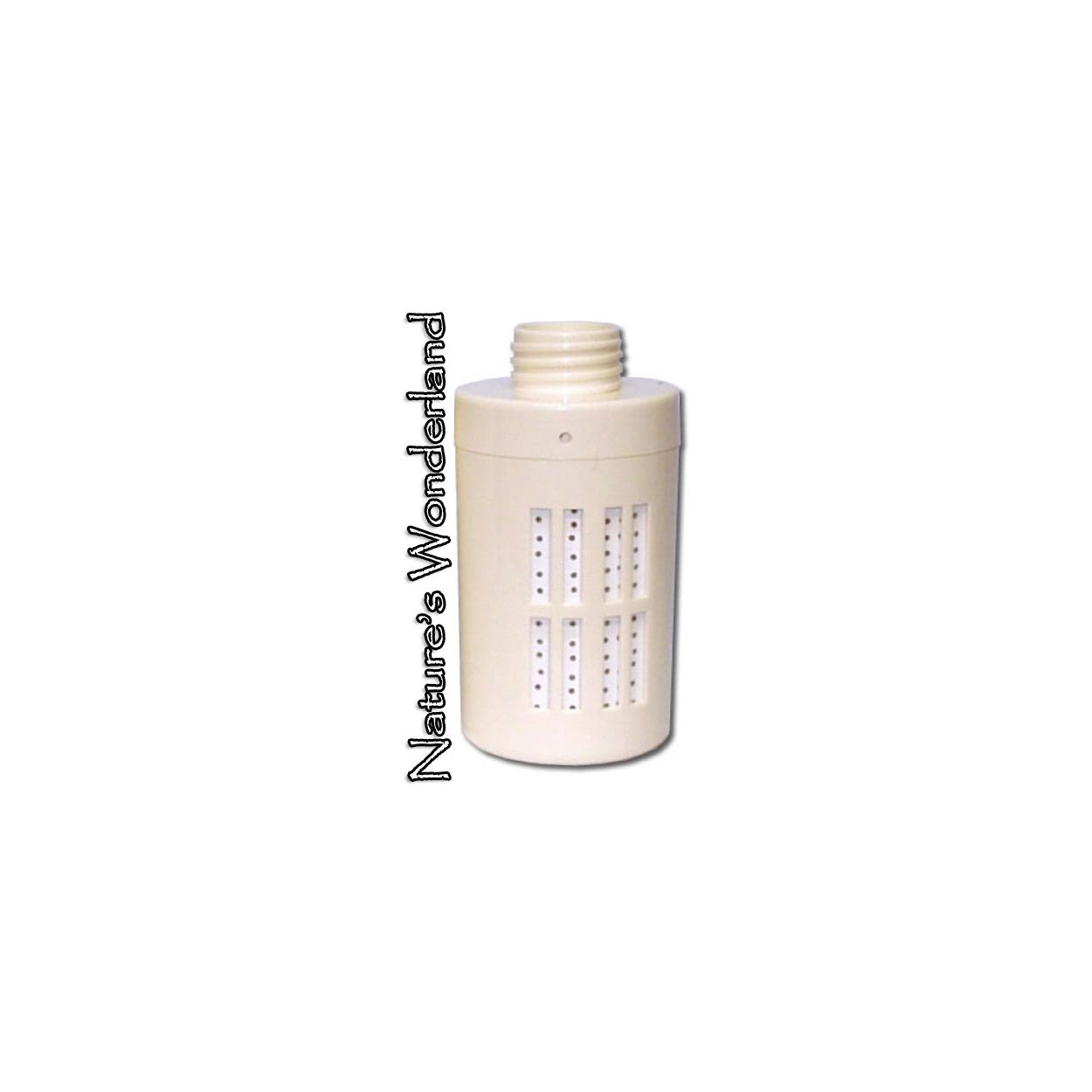 This filter is designed to soften water by collecting harsh minerals and preventing lime scale deposit in Humidifiers.

The ion-exchange resin filter is recommended for use in the ION60 and ION85 Humidifiers and Ionisers if you are unable to use purified or filtered water, or if your water is considered hard.

An ion-exchange resin or ion-exchange polymer is an insoluble matrix (or support structure) normally in the form of small (1-2 mm diameter) beads, usually white or yellowish, fabricated from an organic polymer substrate. The material has highly developed structure of pores on the surface of which are sites with easily trapped and released ions. The trapping of ions takes place only with simultaneous releasing of other ions; thus the process is called ion-exchange. There are multiple different types of ion-exchange resin which are fabricated to selectively prefer one or several different types of ions.

Ion-exchange resins are widely used in different separation, purification, and decontamination processes. The most common examples are water softening and water purification. In many cases ion-exchange resins were introduced in such processes as a more flexible alternative to the use of natural or artificial zeolites.

Most typical ion-exchange resins are based on cross-linked polystyrene. The required active groups can be introduced after polymerization, or substituted monomers can be used. For example, the crosslinking is often achieved by adding 0.5-25% of divinylbenzene to styrene at the polymerization process. Non-crosslinked polymers are used only rarely because they are less stable. Crosslinking decreases ion- exchange capacity of the resin and prolongs the time needed to accomplish the ion exchange processes. Particle size also influences the resin parameters; smaller particles have larger outer surface, but cause larger head loss in the column processes.

The resin can be recharged by washing it with a solution containing a high concentration of sodium ions (e.g. it has large amounts of common salt (NaCl) dissolved in it). The calcium and magnesium ions migrate off the resin, being replaced by sodium ions from the solution until a new equilibrium is reached.

This is the method of operation used in dishwashers that require the use of 'dishwasher salt'. The salt is used to recharge an ion-exchange resin which itself is used to soften the water so that limescale deposits are not left on the cooking and eating utensils being washed.

Water Purification
In this application, ion-exchange resins are used to remove poisonous (e.g. copper) and heavy metal (e.g. lead or cadmium) ions from solution, replacing them with more innocuous ions, such as sodium and potassium.

Few ion-exchange resins remove chlorine or organic contaminants from water - this is usually done by using an activated charcoal filter mixed in with the resin. There are some ion-exchange resins that do remove organic ions, such as MIEX (magnetic ion-exchange) resins. Domestic water purification resin is not usually recharged - the resin is discarded when it can no longer be used.